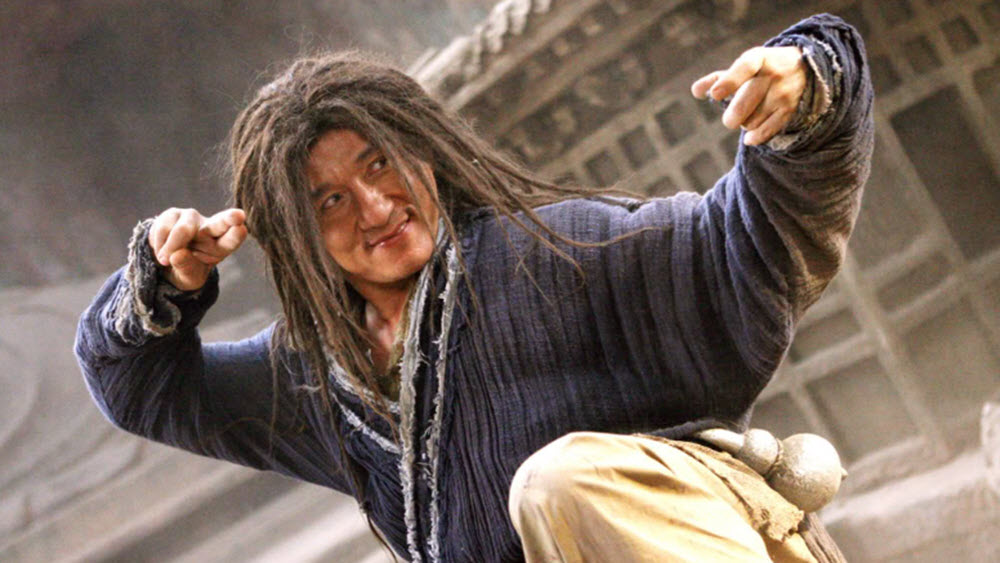 The lead character in the movie is the mischievous young man Wong Fei-hung (Jackie Chan) who has a neck for getting into trouble. He is trained by the martial arts teacher Beggar So (Yuen Siu-Tin), who is a skilled practicioner of secret martial arts style called The Eight Drunken Immortals.

The movie was a great success in Hong Kong, earning HK$6,763,793 at the Hong Kong box office and becoming the second most watched movie in Hong Kong theaters in 1978.

Drunken Master is an early example of the movie genre “comedic martial arts” for which Jackie Chan would became famous world-wide.

On GameRadar.com’s list of the 25 greatest kung fu movies of all time, Drunken Master sits at spot #3.

Wong Fei-hung is the name of a Chinese folk hero from the late Qing Dynasty era. He was a martial arts expert, Chinese medicine practicioner and revolutionary.

Beggar So, or rather So Chan, is also a Chinese folkhero. His nickname is So Hut-yee, which means Beggar So. He was one of the Ten Tigers of Canton, a group of ten Chinese martial arts experts from the Guangdong Province who lived around the 19th century BC. They were said to be the best fighters in southern China, and (probably highly embellished) stories about them have been passed down from generation to generation.