The Kung Fu Rooster slot is a funny little game from RTG, where the main character is a red cock who is really skilled at martial arts.

Examples of exciting features included in this game are the free spins round (with up to 25x win multipliers!) and the huge jackpot that allows you to win 50,000x the line bet.

This slot was released by RTG in July 2017. This means that it was released during the Year of the Yin Fire Rooster according to Chinese tradition. The Year of the Rooster comes around every 12 years, but a Yin Fire Rooster Year is more unusual. The last previous one before 28 January 2017–15 February 2018 was back in 31 January 1957 – 17 February 1958. This was the year when Chairman Mao put an end to the Hundred Flowers Campaign and replaced it with the harsh Anti-Rightist Campaign.

You decide how many paylines to activate, from just 1 to all 12.

Autoplay is available, up to 1,000 automatic rounds.

The Kung Fu Rooster himself is the wild symbol in this game. It can substitute for any regular symbol, but not for the bonus monkey.

The bonus monkey is the key to the Free Spins round. 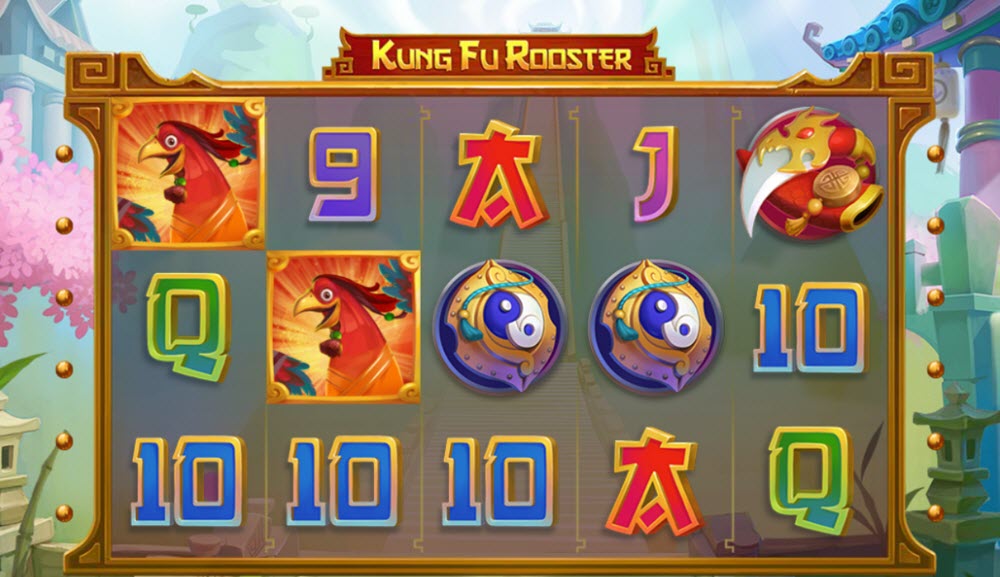 The rooster in Chinese culture

In traditional Chinese cultue, the rooster has been associated with punctuality and fidelity, and a capacity for expelling bad spirits.

If you were born in a Year of the Rooster, your lucky colours are gold, yellow and brown. Your lucky flowers are cockscombs, gladiolus (sword lily), and touch-me-not, while your most favorable numbers are five, seven and eight.

Examples of famous people born in a Year of the Rooster