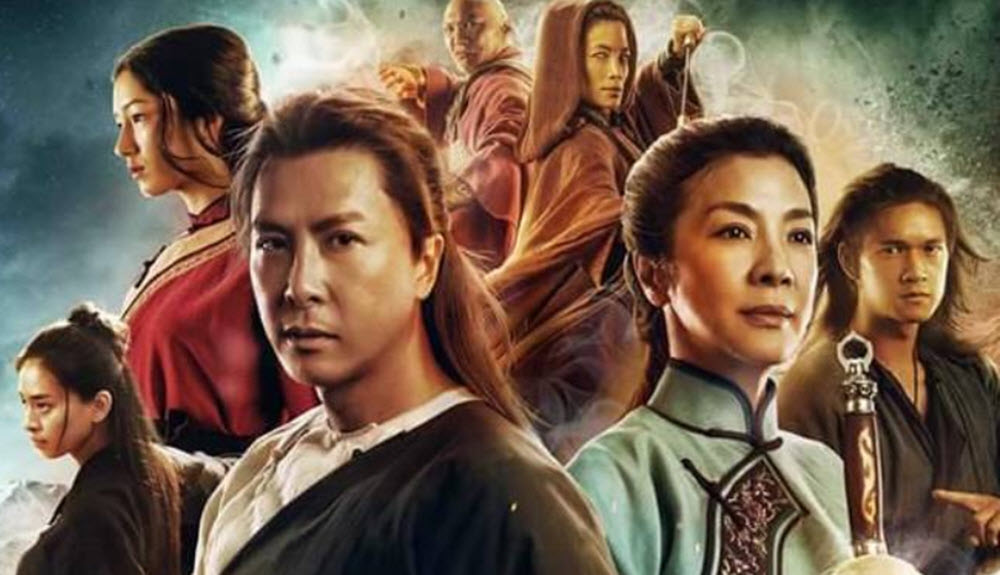 Premiered in the year 2000, Croaching Tiger, Hidden Dragon ( 臥虎藏龍 ) is a wuxia film conceived and directed by Ang Lee, loosely based on a Chinese novel written by Wang Dulu.

The movie features an international cast of Chinese-speaking actors, including Chow Yun-fat, Michelle Yeoh, Zhang Ziyi, and Chang Chen. The dialog is in Mandarin.

Croaching tiger, hidden dragon became a huge success even outside the Mandarin-speaking audiences, and grossed over 213 million USD worldwide, including $128 million in the United States where it became the highest-grossing non-English language film produced overseas in U.S. history. The movie helped boost international interest in a new wave of high-budget vuxia films, and led to films such as Hero (2002) and House of Flying Daggers (2004) being marketed toward non-Chinese audiences.

Film Journal noted that Crouching Tiger, Hidden Dragon “pulled off the rare trifecta of critical acclaim, boffo box-office and gestalt shift“, in reference to its ground-breaking success for a non-English language film on the U.S. market.

The movie is loosely based on the novel 臥虎藏龍 (Crouching Tiger, Hidden Dragon) by Wang Baoxiang (1909-1977), pen name Wang Dulu. This novel is the fourth one in a series of five written by him, collectively known as the Crane Iron Series.

The name Crouching Tiger, Hidden Dragon is a literal translation of the Chinese idiom 臥虎藏龍, which describes a situation that is full of unnoticed masters. It comes from a poem of the ancient Chinese poet Yu Xin, who lived in 513-581 AD.

The last character in Xiaohu and Jiaolong’s names mean “Tiger” and “Dragon”, respectively.

The film is set in China during the 18th century.

Li Mu Bai, a skilled swordsman, and Yu Shu Lien, the boss of a private security company, have romantic feelings for each other, but refrain from acting upon them due to their loyalty to the dead Meng Sizhao – who was Bai’s best friend and Lien’s fiancé.

When Bai decides to retire, he asks Lien to give his sword Green Destiny to their benefactor Sir Te in Beijing. While at Sir Te’s place in Beijing, the Green Destiny is stolen, and Bai and Lien traces the theft to Governor Yu’s compound, where they also encounter Jade Fox – the woman who murdered Bai’s master many years ago.

Bai and Lien must now both avenge Bai’s master and get the Green Destiny back, and in the process, many old secrets are unveiled.

Some Chinese-speaking viewers were bothered by the fact that several of the main actors did not speak accent-free Mandarin. Chow has Cantonese as his first language, Yeoh was born and raised in Malaysia and thus speak with a Malaysian accent, Chang Chen speaks with a Taiwanese accent, and Zhang Ziyi speaks the Beijing dialect.

The film is included in: