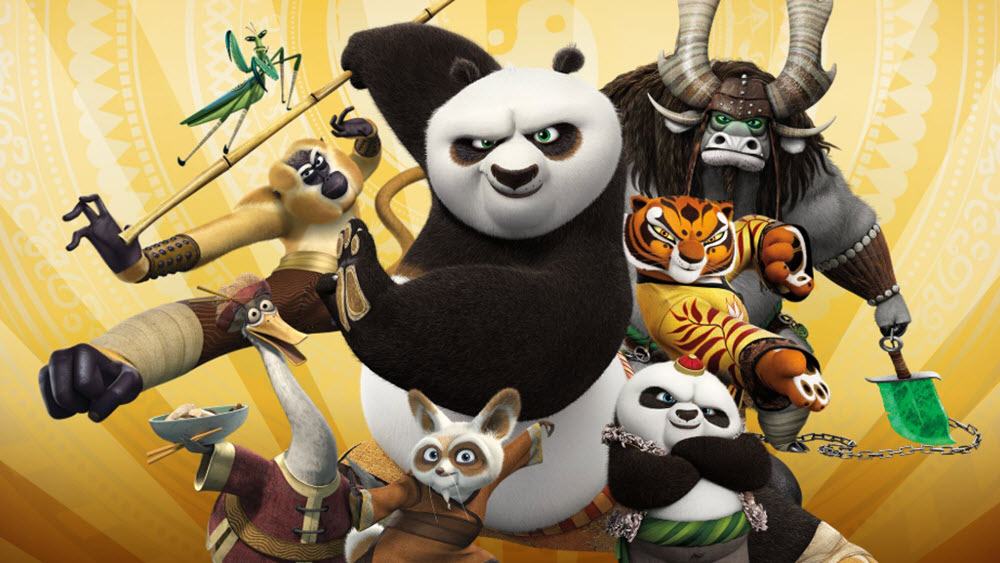 Kung Fu Panda is a computer-animated comedy martial arts film produced by DreamWorks Animations. It premiered in 2008 and received both positive reviews and a #1 spot at the box office for its opening weekend.

The story, which is a classic hero’s journey and coming of age kind of story, is set in DreamWorks’s version of ancient China, a world populated by anthropomorphic talking animals. Production designer Raymond Zibach said in an interview that some of the biggest influences for him when working on the movie were artful martial arts films such as Hero, House of Flying Daggers and Crouching Tiger, Hidden Dragon.

The main character in the movie is a clumsy giant panda named Po, who runs a noodle restaurant with his adopted father, a goose named Ping. The bambling Po is a big fan of kung fu and wants to become a kung fu master. To everyones surprise, Grand Master Oogway claims that Po is the chosen one; the Dragon Warrior that will save them when the vicious kung fu warrior Tai Lung escapes from prison to seek revenge.

Upon release, the movie showcased he most complex computer animations ever creeated by DreamWorks.

Kung Fu Panda opened in over 4,100 theatres and grossed well over $20 million on its opening day and over $60 million during its opening weekend, reaching the #1 position at the box office. This was DreamWorks largest opening for a non-sequel movie, and it became the highest grosing animated movie worldwide that year.