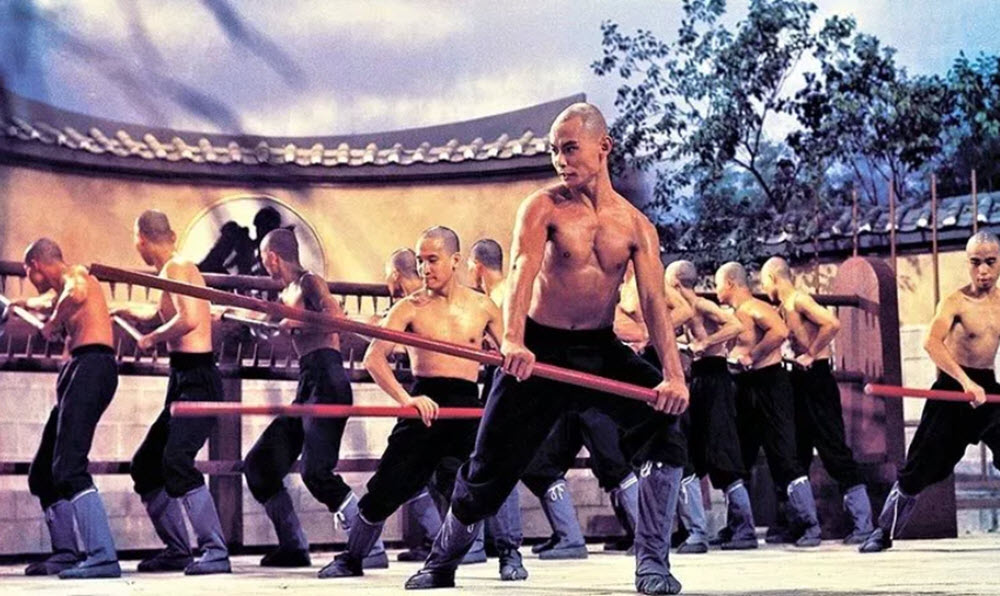 In the movie, the young student Liu Yude participates in a rebellion that is quickly and violently quenched by the Manchu government. After his loved ones has been killed and his school liquidated by the authorities, the injured Liu Yude seeks out a Shaolin temple to learn kung fu and thus be better equipped to get revenge and ensure the liberation of his people.

Launched in 1978, the 36th Chamber of Shaolin is today widely hailed as one of the best kung fu films of all time and it has had a huge influence on the genre. For the director Liu Chia-liang, it proved to be a huge break-through and career turning point.

The movie is known under several alternative titles, including The Master Killer and Shao Lin Shi Liu Fang. In 2000, Crash Cinema Media released it on DVD with the title Shaolin Master Killer.