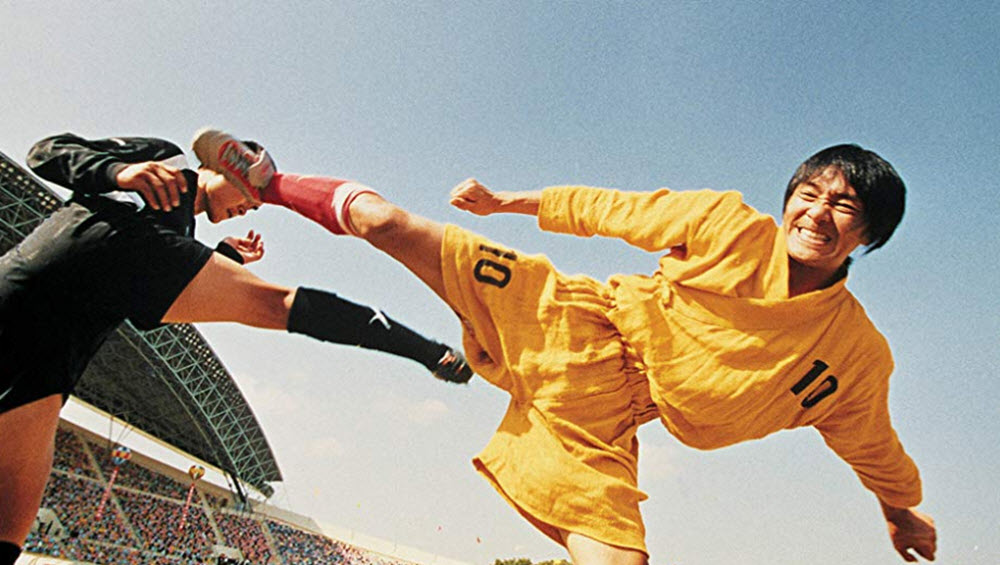 Shaolin Soccer (少林足球) is a 2001 martial arts comedy movie about a team of martial arts experts who use their skills to play football (soccer), while also promoting Shaolin kung fu to the masses.

The movie was directed by Stephen Chow, who was also a co-writter, and played the leading role of Shaolin kung fu master and football striker Mighty Steel Leg Sing.

The story revolves around Sing, a Shaoline kung fu master who wish to find a way to promote the spiritual and practical benefits of kung fu in modern society. Finally, he is compelled by the idea of using football to promote kung fu, and coaxes his former Shaolin brothers to help him form a team. Together, they take on Team Evil, a super-doped football team owned by the currupt businessman Hung.

The movie was both a box office succes in Hong Kong and got fine reviews by most critics. The film holds a 91% approval rating at Rotten Tomatoes and has a 68/100 score on Metacritic.

The Chinese authorities banned Shaolin Soccer from cinnemas and DVD/VCD, because Stephen Chow did not apply for permission for public screenings in Hong Kong.